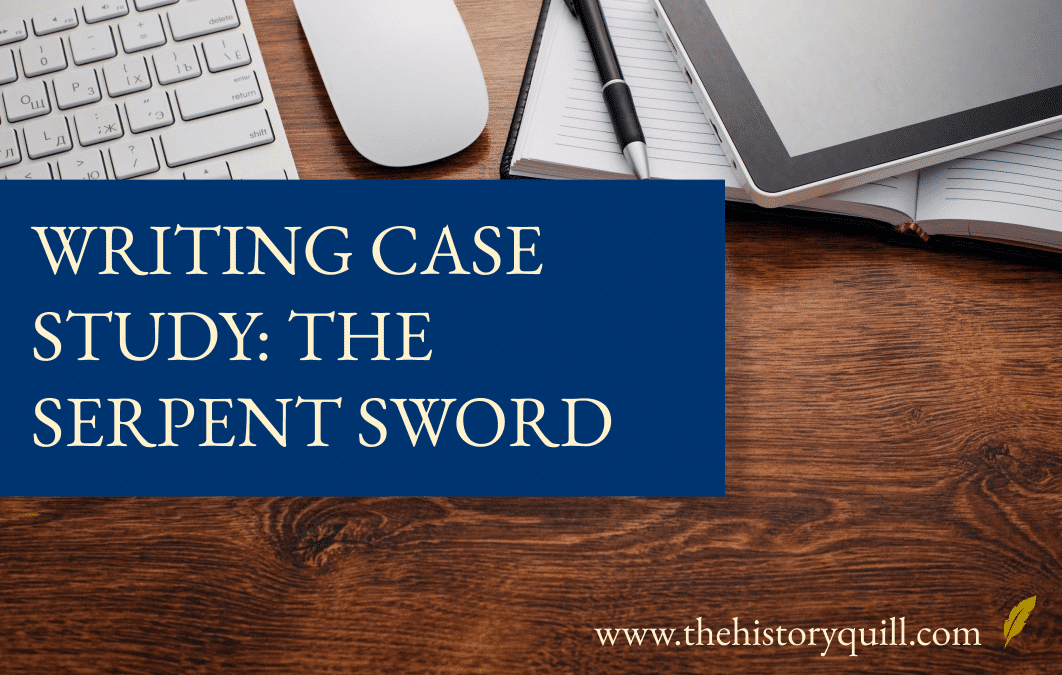 Matthew Harffy has been one of historical fiction’s best success stories in recent years, going from first-time indie author to landing a book deal with Aria Fiction for his acclaimed series, The Bernicia Chronicles. To mark the release of the latest book in the series, Warrior of Woden, I wanted to take a look back at where it all began – Matthew’s first book, The Serpent Sword – to see what it is about his writing that’s earned him such a following.

The Serpent Sword focuses on the story of a young warrior named Beobrand, who becomes embroiled in the wars and political machinations of 7th Century Bernicia, a kingdom in the north of Britain. His main quest throughout the story is to seek revenge for the murder of his brother, Octa, who is slain in the prologue.

The use of mystery

The prologue depicts the murder of Octa at the hands of an unknown warrior. As well as being an intriguing opener, this immediately sets up an unanswered question that persists throughout the first half of the story – who was responsible?

Mysteries are the bread and butter of good plotting. Matthew doesn’t hand his reader all the answers on a plate – you have to keep on reading to discover the truth, just as Beobrand has to keep on searching. You naturally find yourself suspecting the various characters Beobrand encounters as you try to guess who did it, and you won’t be satisfied until you have the answer.

Beobrand often relishes the chance to use violence. He turns down opportunities to be merciful (for example, when he decides to hang all the accomplices of the criminal, Hengist). He even experiences feelings of arousal when he witnesses a rape.

Yet he also tries to shelter innocent villagers from attack. He cares deeply for the young woman he falls in love with. He’s loyal to his friends and values justice as much as he does revenge. In other words, he’s something of a contradiction. This makes him an inherently compelling character. He’s unpredictable and sometimes he makes choices you wish he didn’t, but there’s ultimately enough good in him that you’re on his side. In any case, you want to find out what happens to him.

And his contradictions don’t exist in a vacuum. He has a dark backstory, having murdered his abusive father before he fled from Cantware. He was brought up in an environment filled with violence, which allows a modern reader to understand his own proclivity towards violent means.

Of course, having a protagonist with a dark secret like Beobrand’s is another way of making them compelling. Not only does it add to their complexity, it also creates a sense of jeopardy, leaving the reader to wonder whether they’re going to be discovered.

You can tell Matthew takes his history seriously, and he does an excellent job of transporting the reader back to 7th Century Britain. He manages to pull off using anachronistic names, such as Cantware for Kent and Wealisc for Welsh/native Briton, with enough context so as not to alienate his less hardcore readers. He displays strong attention to historical detail, including weapons, battle strategies, customs, and social hierarchies. With all this, he manages to draw the reader into his world.

Matthew has earned a reputation for his gritty battle scenes. Whether he’s portraying the bloody clashes of a large-scale battle or characters dicing with death in intense duels, the action is written with great flair.

But he also knows when to dial back the pace. Between the numerous action sequences, The Serpent Sword also contains much calmer chapters depicting the forging of friendships, romance, travelling, and training. He knows that action scenes aren’t the only way to move the story forward. The end product leaves the reader feeling the thrill of battle in the 7th Century, but without being exhausted.

Matthew Harffy succeeds because he can write a gripping battle scene and make you care about the people who are fighting in it. He can build an immersive story world that pulls the reader back into the past and bring it to life with intriguing mysteries. Thank you, Matthew, and please keep the stories coming! 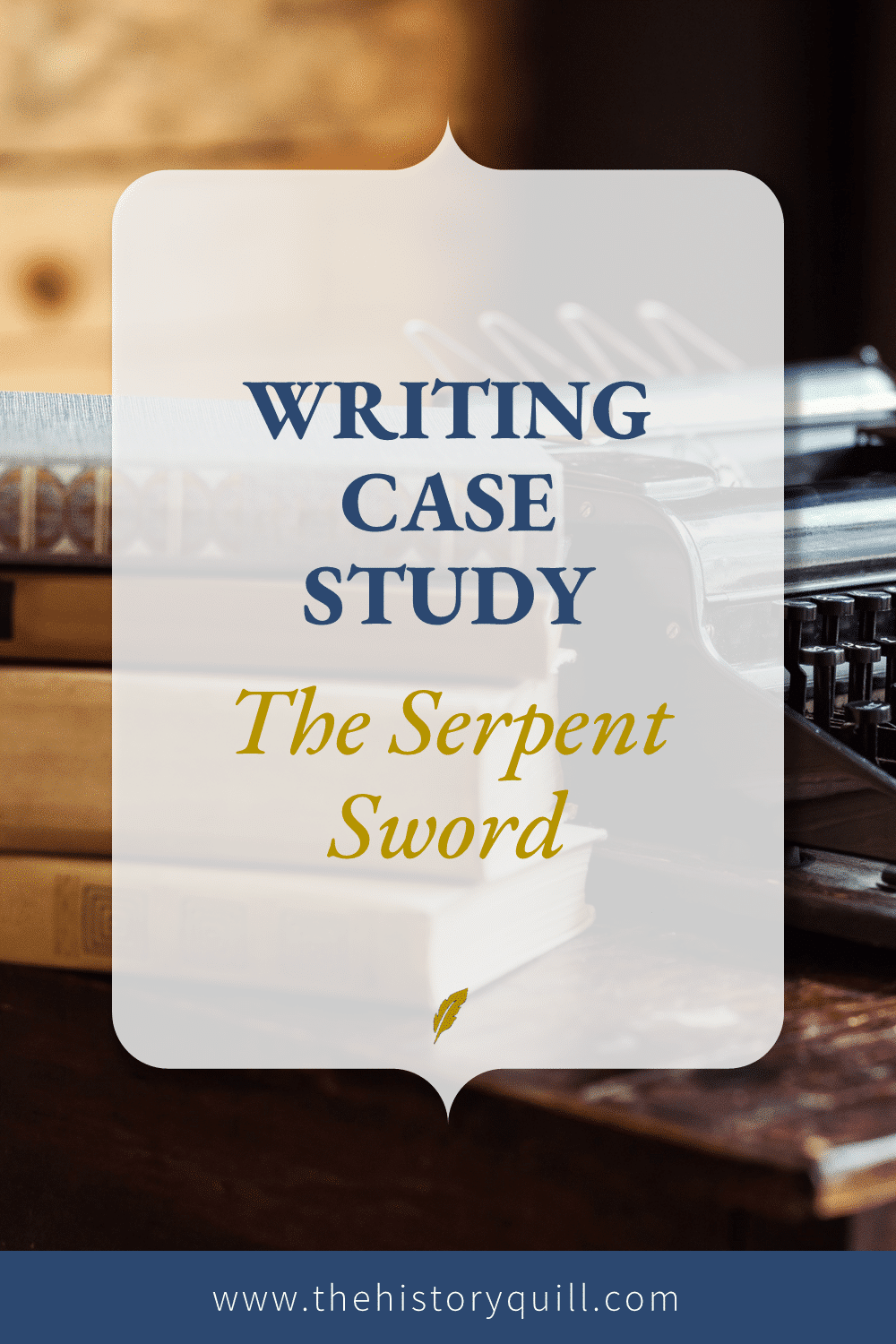 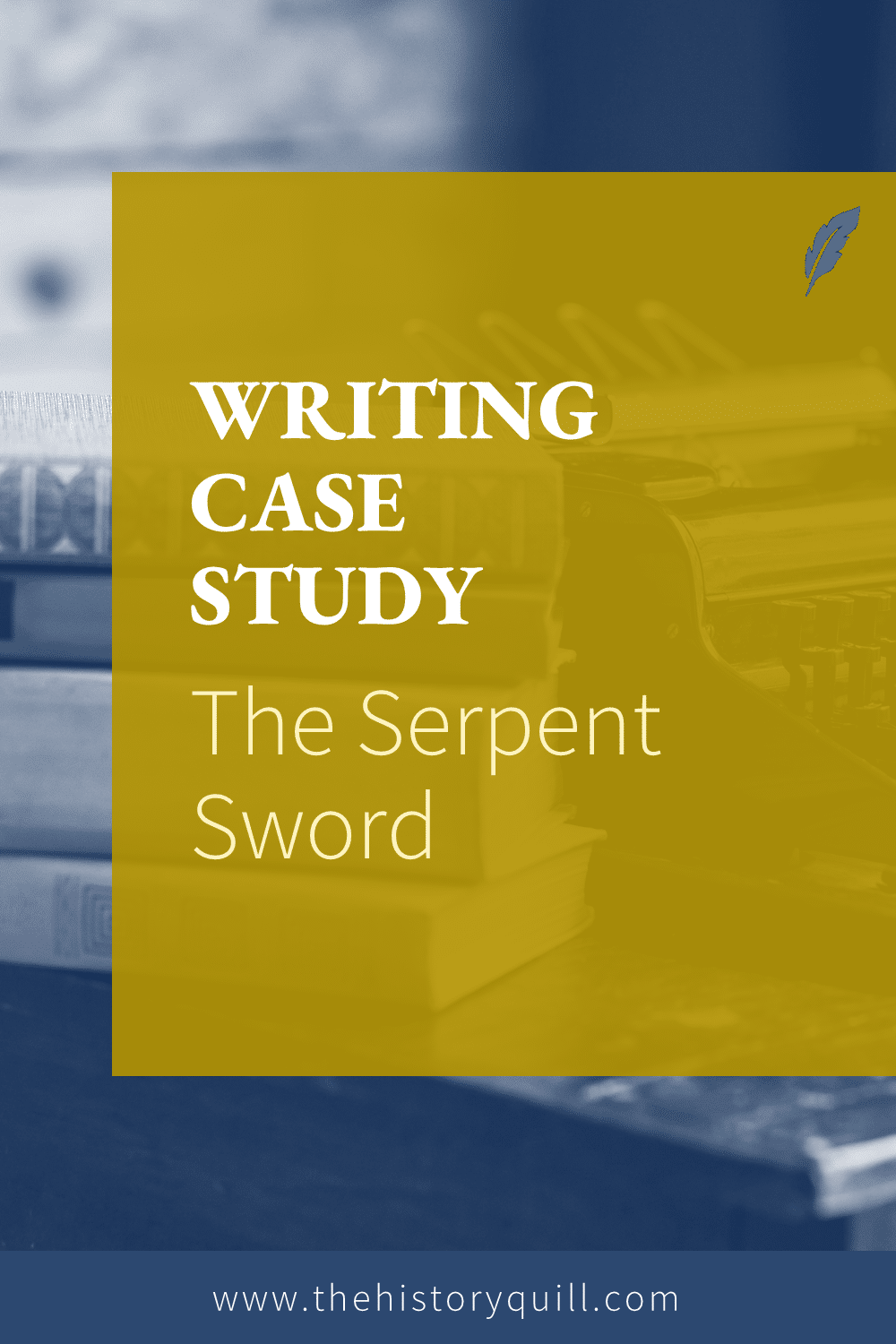