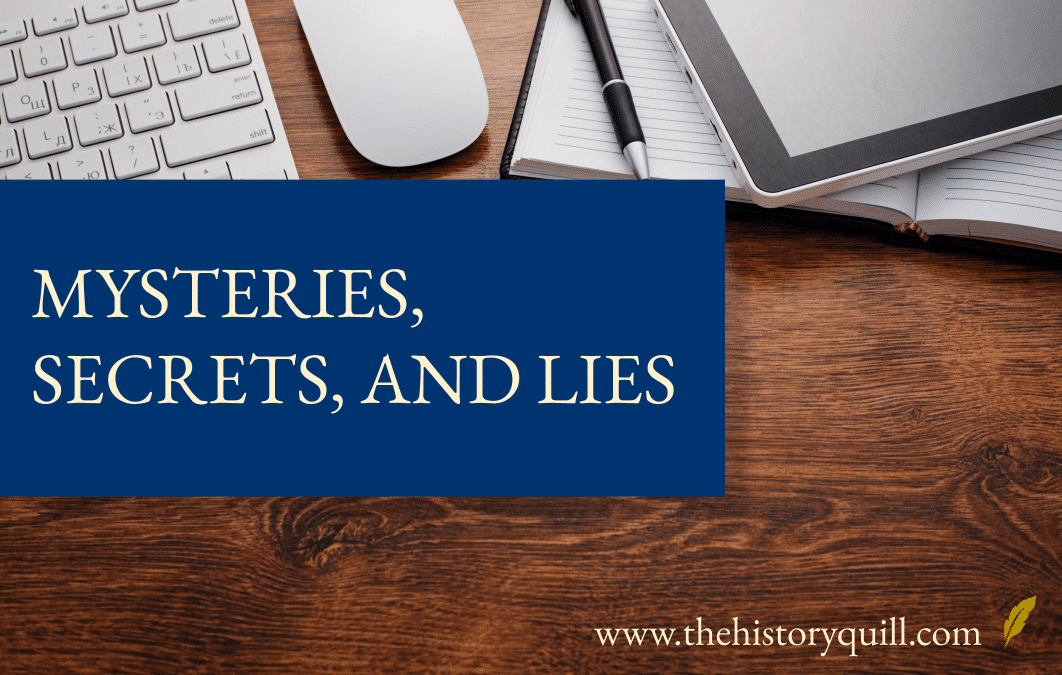 Why do readers keep turning the page? The answer is simple – they want to find out what happens. But how do we seed the questions that they want to know the answers to?

Mysteries, secrets, and lies are excellent ways of doing this. When used alongside conflict and suspense, they can turn a story into a truly compelling experience.

Here’s how they work…

A mystery is an unanswered question. Most murder mysteries, for example, are built around the question of who committed the murder (as well as why and how). They’re compelling because the reader wants to know who did it. They enjoy trying to guess as they read along, and they like it when the answer is revealed to them with some dramatic flair or through a clever twist.

Mysteries can be used in any kind of story. Perhaps someone’s gone missing and no one knows what happened to them, or maybe your protagonist has a secret admirer. There are loads of different scenarios available to you. Just make sure the reader doesn’t find out the answer too quickly. Let them enjoy the thrill of hunting for clues!

Secrets are slightly different because usually your reader will be in on them from the beginning. They normally come in the form of something one of your POV characters or your first-person narrator is hiding from the other characters in the story – some dark secret from their past, or something they’ve done during the course of the story.

In this case, the suspense comes from wondering whether or not the character will be caught out and what the consequences might be if they are. For example, what if your regency hero is masquerading as a nobleman when he meets the woman he loves. What will happen if she discovers his true background? Or perhaps your protagonist is a secret heir to the throne who’ll lose their life if their parentage is discovered.

Secrets work really well in a multiple POV story. This gives you the ability to show a character trying to keep something hidden, while also showing other characters figuring out that things don’t add up or coming close to discovering the secret.

It’s possible to use lies in a variety of different ways, but my favourite is when the reader knows a character is lying but your POV characters do not. You can achieve this in a multiple POV story by depicting a character giving conflicting information to different POV characters, or by giving an answer that contradicts what one POV character has seen them do. As a result, all sorts of questions will flood into your reader’s mind. Why is the character lying? What is the real truth behind the lie? Will the other characters find out? They’ll be compelled to read on and find out!

When you’re planning your novel, think about how mysteries, secrets, and lies could fit into the story. If there’s potential to include some, why not give it a go! 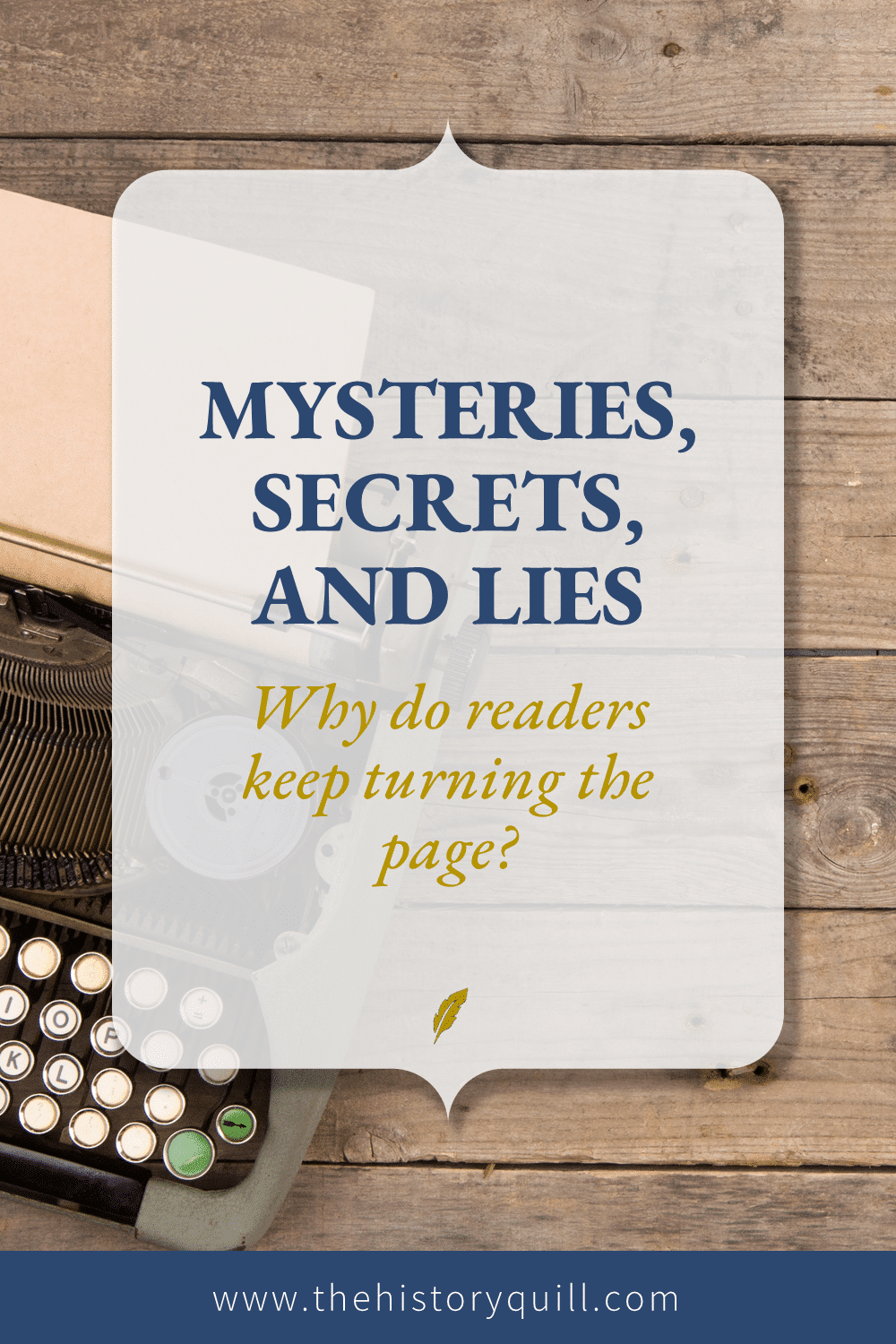 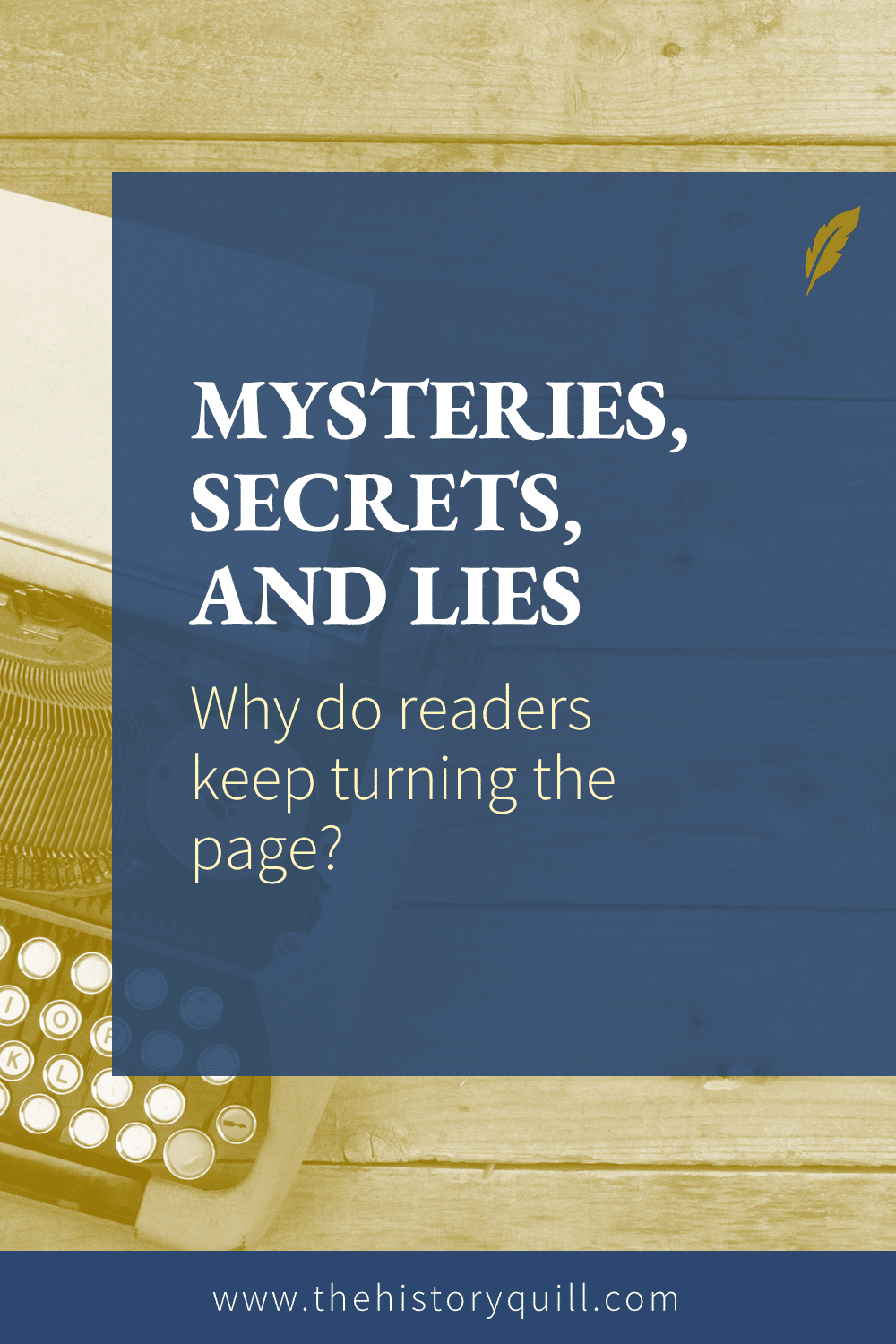