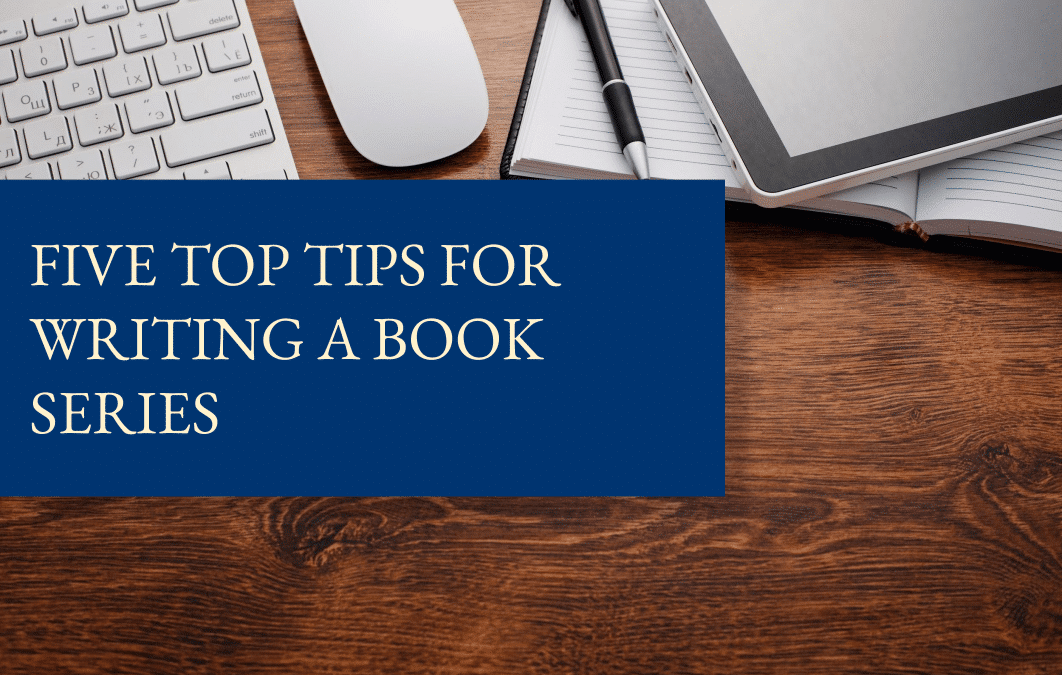 There are a lot of good reasons to write a book series: it allows you to spend more time with the characters you’ve invested in, you can make repeated use of all the research you’ve done for your setting (something that historical fiction is particularly heavy on, of course), and book series are very popular with readers, too!

But writing a series brings some unique challenges. How do you keep conflicts and character arcs going over such a long time span? How do you create a sense of resolution at the end of each book but still allow the plot to continue into the next one? And how do you remind readers about key details from previous books without drowning them in exposition?  These are just some of the challenges you’ll face. If you’re looking for advice on how to deal with them, read on for my five top tips for writing a book series.

I can hear the pantsers among you letting out a collective sigh! But some level of planning is important for a series. Exactly how much you do depends on you, but at the very least, there are two key questions you’ll want to answer before you dive into the writing. First, is there room for the story to continue after the first book? You may have found a really juicy historical event to build your first book around, but if you want it to be the first in a series, you’ll need to identify similar opportunities for future stories. Are there other historical events you can leverage in the following years? Are there other plot opportunities that you can think of? Second, is there room for character growth following the first book? Make sure you’re not closing down the avenues for your character to change and grow at the end of that first novel.

If you intend for each book in your series to be a standalone, i.e. it can be read and enjoyed on its own without it being necessary to read any of the others, you won’t have to worry about expansive story arcs, but you’ll still have to consider future plot opportunities and ensure your main characters have enough life in them for multiple books.

2) Make sure each story is resolved on its own terms

Some writers balk at the idea of providing a resolution at the end of each story in their series. Surely the idea is to keep the plot going, right? Well yes… and no. The fact is, if you don’t provide some kind of resolution at the end of each novel, your reader will be left feeling frustrated that the story didn’t end up going anywhere, and the ending will probably come off as abrupt and, well… incomplete.

But you don’t want to resolve everything, either. You’ll still want to keep elements of your plot going for the next instalment. So, what do you do? The key is to resolve each story on its own terms. This means resolving a key element of that individual story, without resolving the plot of the whole series. Maybe the villain’s evil plan is foiled, but they live to fight another day. Or perhaps the protagonist achieves an important goal, but other goals remain. Whatever you do, setup the element that you’re going to resolve towards the beginning of your story and ensure it remains a central issue throughout; it won’t feel like a resolution if the thing you’re resolving comes into focus too late or never seems that important.

Unless your books are all true standalones, you’ll need to develop overarching plot and character arcs that continue throughout your whole series. There are numerous avenues for expansive plot arcs, from repeat antagonists to conflicts that return in different forms. The same is true of character arcs. Just as it’s important for your main characters to change and grow over the course of a novel, it’s vital that they do so over the course of your series as a whole.

It’s important to give yourself plenty of rope with these plot and character arcs. Don’t cram everything into your first novel; leave enough room for your plot and characters to develop over the course of several books.

Character growth aside, you need to maintain consistency between books. Keep careful track of things like character backstories and basic attributes, key details of your setting, and plot details from previous books. If you’ve ever been jarred out of a book because the name of the protagonist’s cousin, or something similar, has suddenly changed, you’ll know why this is important. These slip-ups detract from the believability of the world you’re creating for the reader. Unfortunately, with a series, it’s especially difficult to keep track of all the little details because they change and expand with every instalment.

My advice is to keep a record of the things you might slip up on. Keep a collection of character profiles that you update after each book, and make sure you check them before you begin the next one. Do the same for important details related to plot and setting.

5) Weave reminders into each novel – but don’t overdo it

One of the more tedious aspects of writing a series is the need to remind readers about things that occurred in previous books, as well as key aspects of the characters and setting. Even if you’re on the tenth book in your series, you’ll still need to do this as readers do forget, and some new readers might also start your series in a random place. Don’t overdo it, though. It can help to make a list of the main details you think your readers will need to know. Be strict about what you include on it – they don’t need to know everything that happened in the previous nine books! But they do need to know things that will be vital for their understanding of this book and the characters within it.

Try to weave reminders into the story rather than info-dumping. Make them pertinent to what your characters are thinking about or witnessing. Wait for the right moment rather than cramming everything into the first few pages.

So, those are my five top tips for writing a book series. Remember, writing a series has its fair share of challenges, but the rewards are clear. You get to spend more time with the characters you’ve invested in, you can make repeated use of the extensive research you’ve done, and most importantly, you’ll keep your readers coming back for more!

Andrew Noakes is the founder and executive editor of The History Quill. A graduate of Cambridge University, where he studied history, he spent nearly a decade working in the world of politics and international affairs before happily giving it up to pursue his real passion: historical fiction. 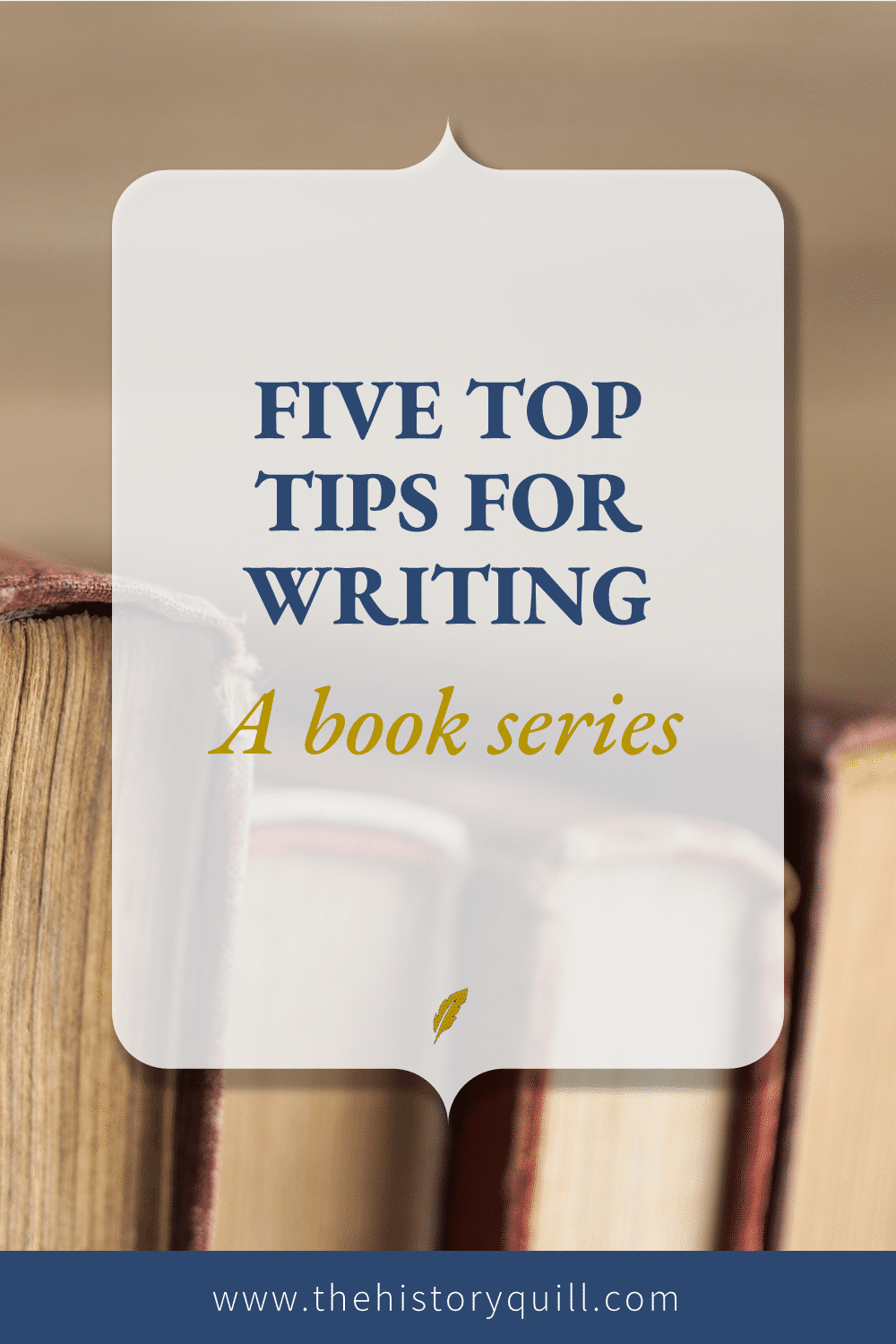 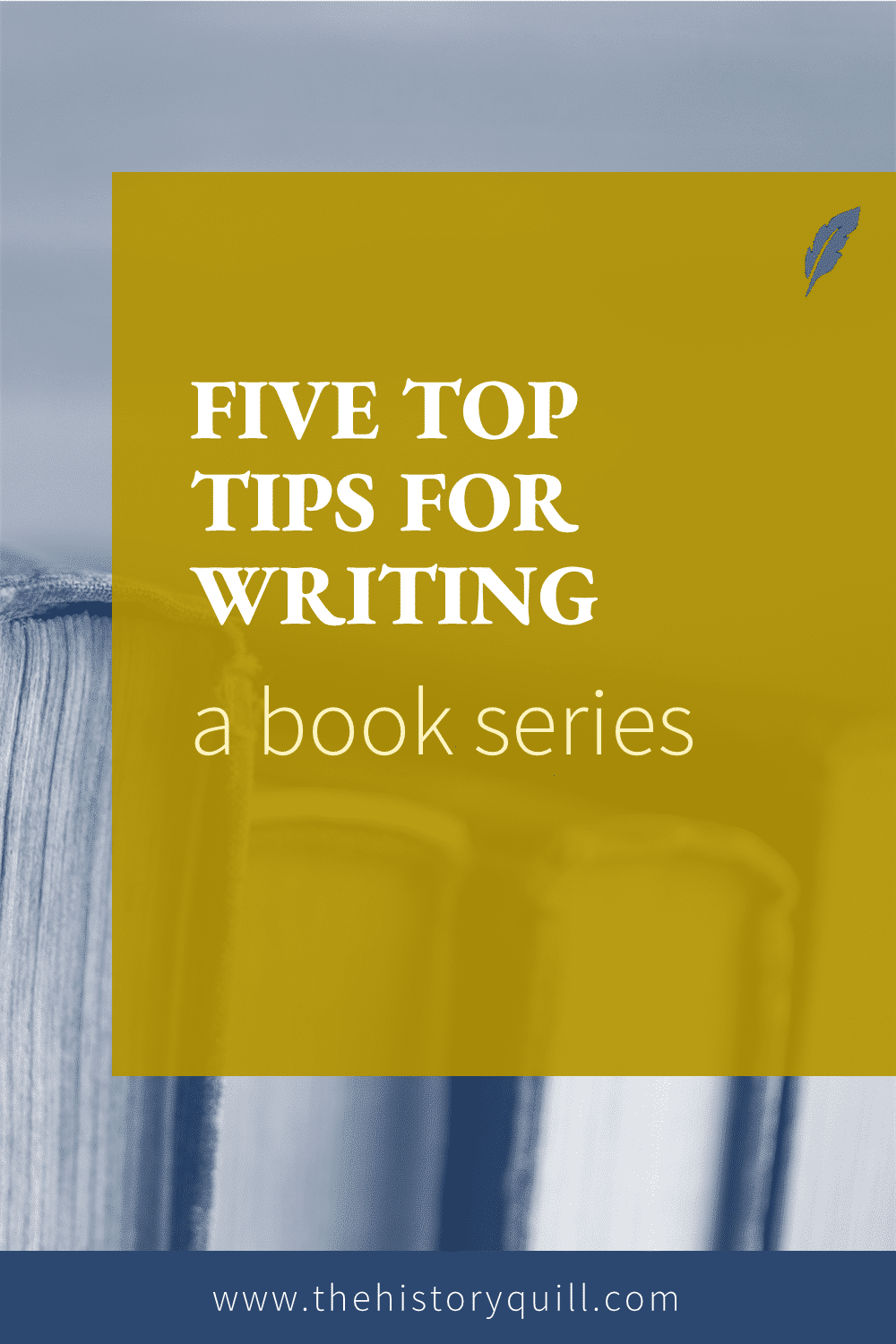