Five common comma mistakes (and how to avoid them) 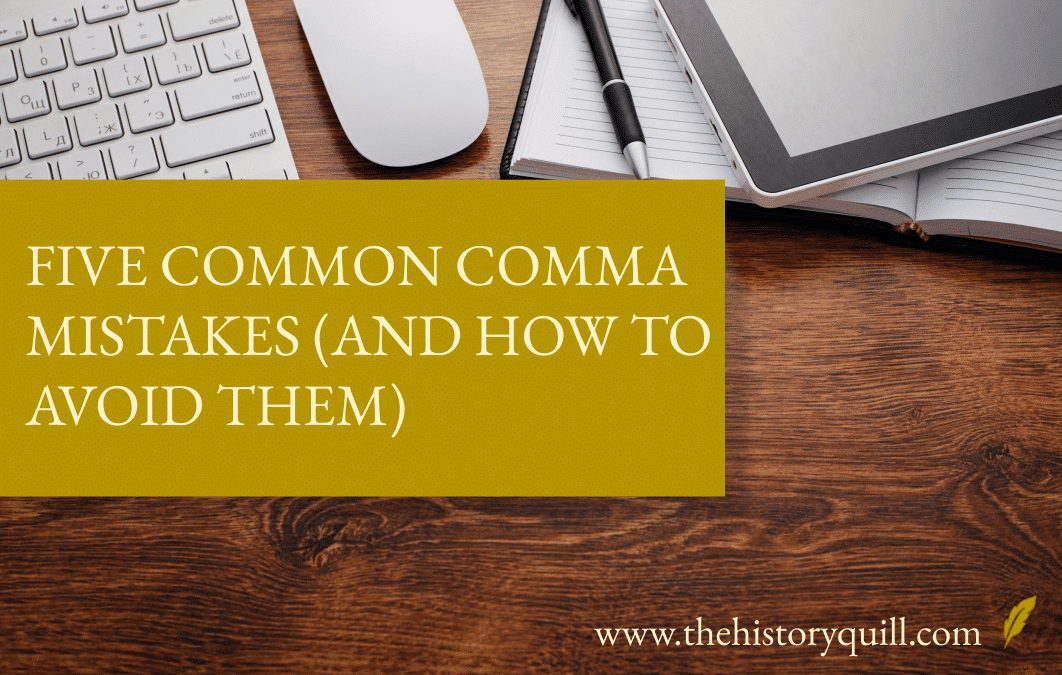 Most manuscripts I edit contain some grammatical errors, and most of these relate to commas. Good comma usage can improve the flow of your story, add dramatic tension, and give the reader confidence in your writing abilities. Bad comma usage can make your writing seem unprofessional and ruin an otherwise good novel.

To help you out, here are the top five comma mistakes I encounter and how to avoid them. At the bottom, you can take a quick test to see if you’ve truly mastered the comma.

There are seven coordinating conjunctions: for, and, nor, but, or, yet, and so.

When they’re being used to connect two independent clauses – that is, clauses that could exist as sentences on their own – a comma should be placed before them. For example, this sentence should have a comma before ‘and’:  “The guns fired, and the cavalry charged forward.”

There is an exception to this when the two independent clauses are very short. For example: “She ran but he walked.” In cases like this, it’s usually fine to bend the rules and leave the comma out.

However, when you’re not using coordinating conjunctions to connect two independent clauses, often you shouldn’t place a comma before them. For example, there should be no comma before the ‘and’ in the following sentence: “The cavalry charged forward and attacked the retreating column.” This is a compound predicate, so the second part of the sentence is not an independent clause.

A lot of people go by the rule of thumb that commas should be used when you ‘take a breath’ in a sentence. If you were following that convention, you might be tempted to put a comma before ‘and’ in the above sentence. So remember it’s not an accurate rule, and it can lead to mistakes.

There are some circumstances under which you should place a comma before coordinating conjunctions when you’re not using them to connect two independent clauses, including when they’re used in a list of three or more items, or if it’s necessary for clarity.

Don’t use a comma to connect two independent clauses without also using a coordinating conjunction. If you do, it’s called a comma splice, which is one of the most common errors I encounter.

The distinction between restrictive and non-restrictive clauses and how commas are affected can be a tricky one. If you’re adding extra (but non-essential) information to something in a sentence, use commas to section it off. For example: “Her dear brother Robert, who she hadn’t seen for months, would soon come home from the front.” Here, it’s not essential to the meaning of the sentence to know that she hasn’t seen him in months. This is called a non-restrictive clause.

Now things are really getting exciting. Correlative conjunctions are pairs of conjunctions, such as ‘not only/but also’. Writers commonly use commas before the second conjunction in the pair, but they shouldn’t.

The same is true for ‘either/or’ sentences.

As ever, the biggest rule of all is that rules can be broken in the pursuit of good writing. Sometimes, for example, it’s possible to put commas where they shouldn’t really go because it adds emphasis or drama to a sentence. For instance: “I came, I saw, I conquered.” Technically, the final comma is a comma splice, but it sounds better without a conjunction, don’t you think? Occasionally, correct comma usage can also make a sentence sound unnecessarily clunky or unnatural. In such circumstances, you would be right to bend the rules and trust your eye. And, of course, if a comma is necessary for clarity, always include it.

So, do you think you’ve mastered the comma? Take my test below to find out!

There are five questions. For each question, select the version of the sentence that you think is grammatically correct. Once you’re finished, you can receive your score together with the correct answers. 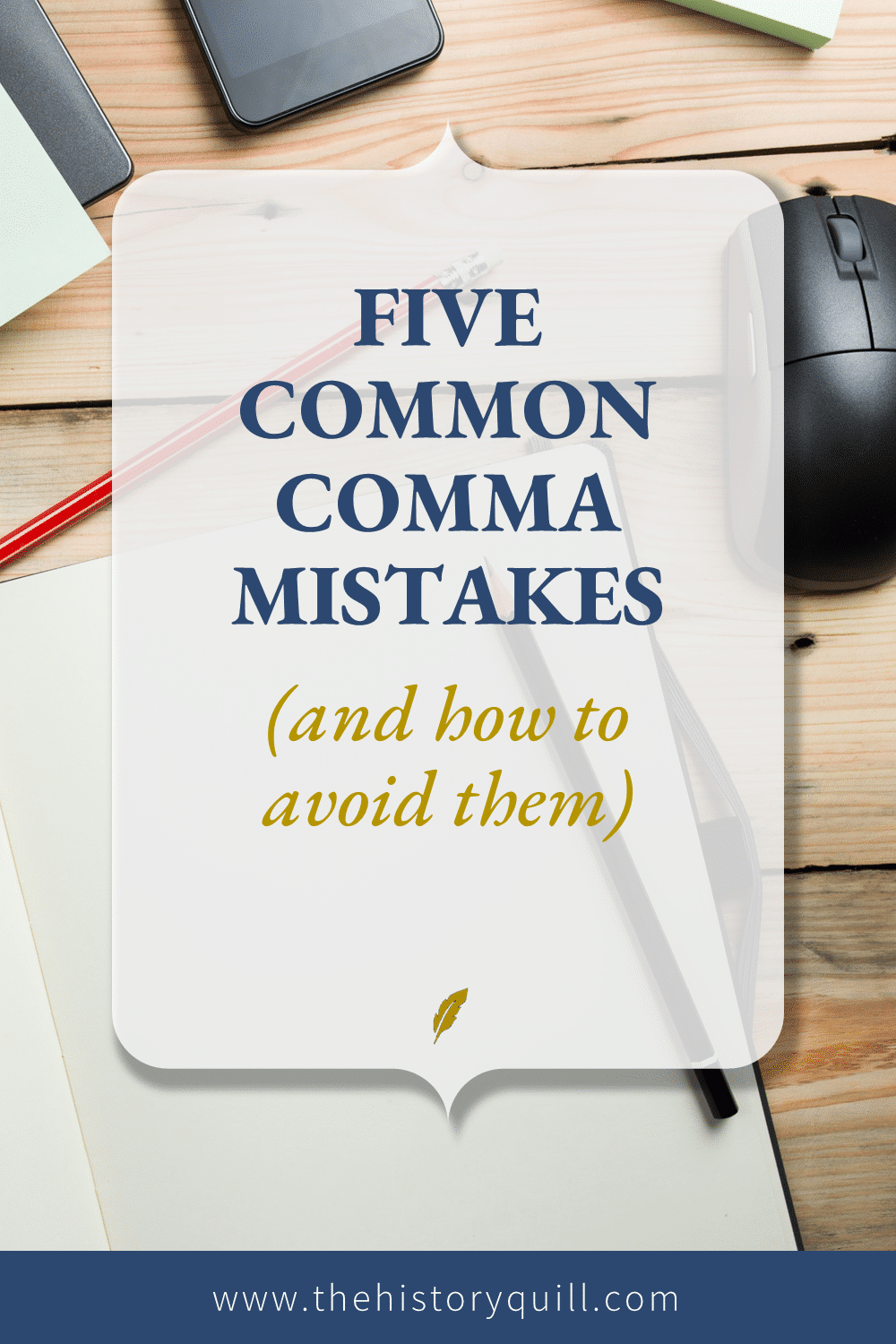 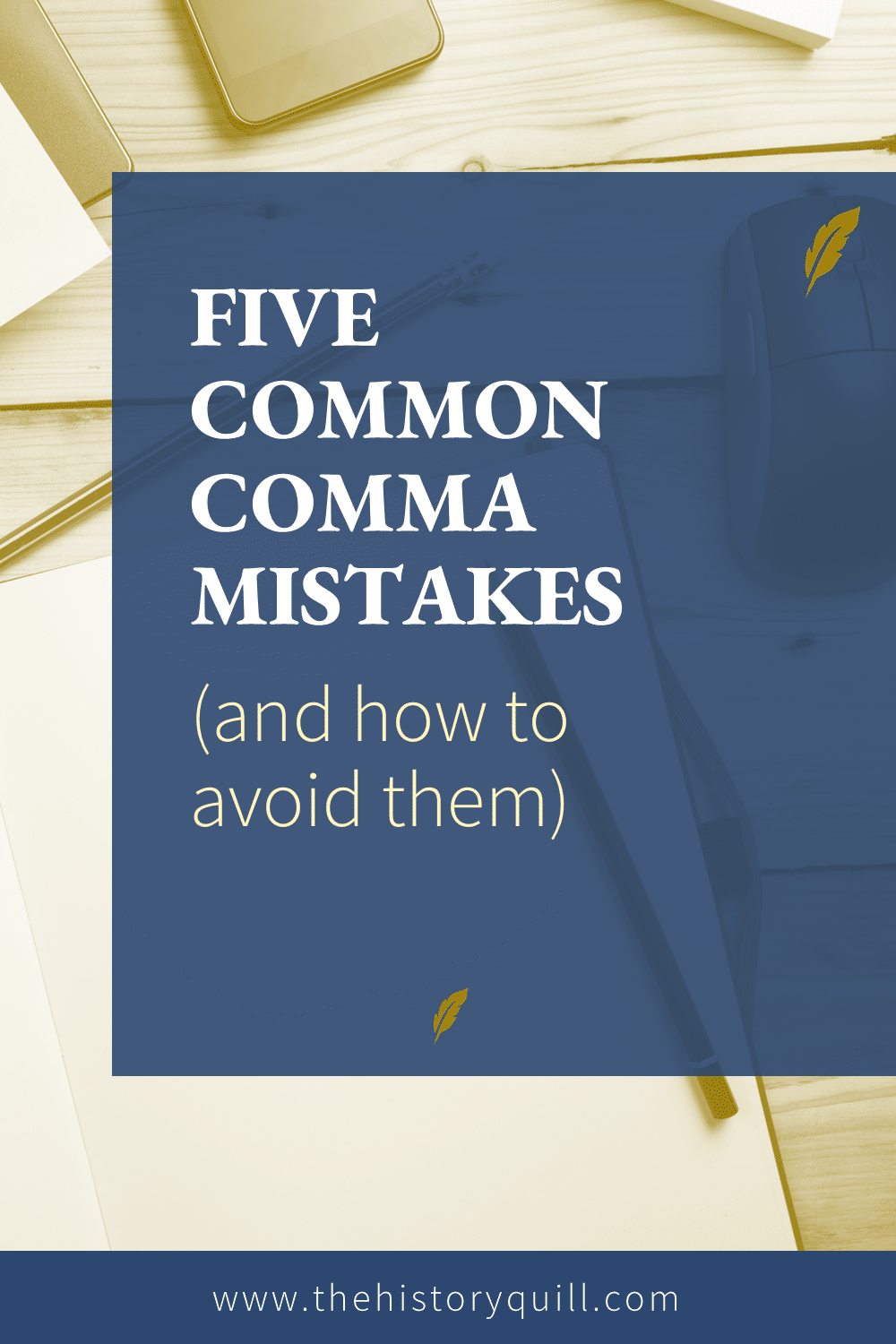