A guide to capitalising titles and ranks 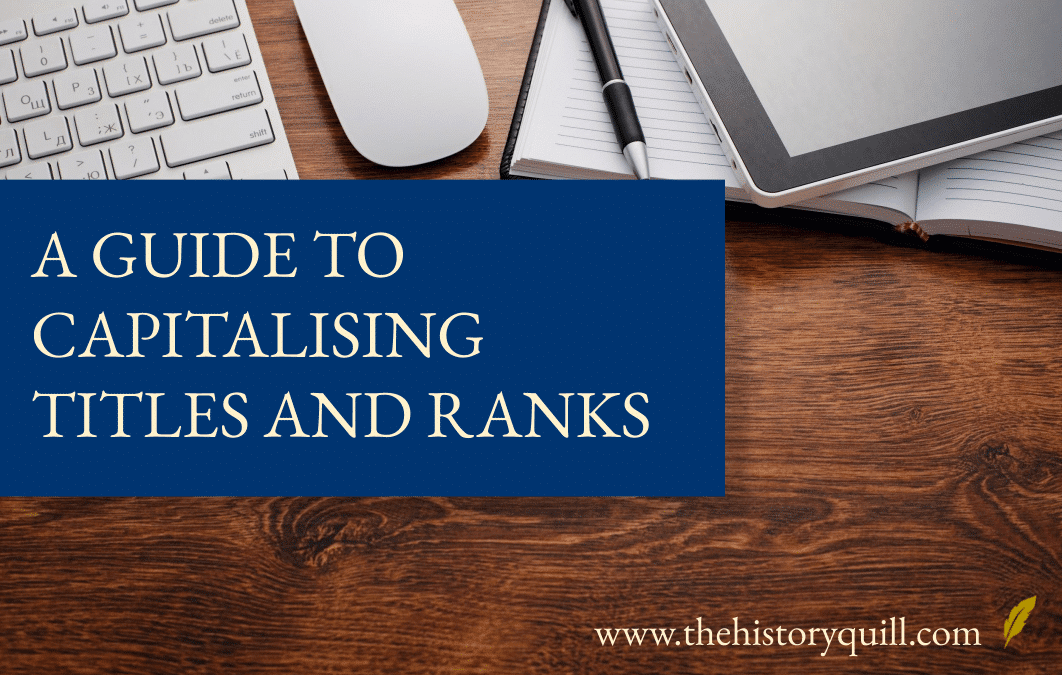 If you’ve ever had a hard time wrapping your head around when you should and shouldn’t capitalise words like ‘sergeant’, ‘doctor’, ‘queen’, and ‘sir’, you can be safe in the knowledge that you’re not alone. Probably about half of the manuscripts I edit contain capitalisation errors related to titles and ranks, and it crops up all the time in my group coaching classes.

To help you out, I’ve put together a quick guide. Naturally, there’s a little test at the bottom where you can see whether you’ve really mastered the rules.

What do I mean by ‘part of someone’s name’? In, practice, it usually means the title/rank replaces the person’s first name and is placed before their last name, like so:

I saw Captain Hoskins charging down the hillside with his men.

Don’t capitalise when the title/rank comes after the person’s name or is preceded by a comma:

I saw Gordon Hoskins, captain of our cavalry squadron, charging down the hillside with his men.

I saw our cavalry captain, Gordon Hoskins, charging down the hillside with his men.

2) Capitalise when they’re being used in direct address

You’ve probably seen titles and ranks capitalised when they’re being used in direct address, like this:

“How could you let this happen, Doctor?”

Not all style guides and experts agree on this point, but most recommend capitalising them, and I do too.

When a title/rank is just being used on its own, you shouldn’t normally capitalise it. This is true whether it’s being used in place of someone’s name or in dialogue (except in direct address). For example, all of the following are correct:

A headmaster’s job is to discipline their pupils.

The headmaster glared at his pupils as they walked past.

“Has anyone seen the headmaster?”

If we’re talking about a general term of endearment or respect, such as ‘dear’, ‘sweetheart’, ‘sir’ or ‘ma’am’, don’t capitalise it at all, even in direct address.

‘Sir’ is a tricky example because in some contexts it’s just a term of respect, while in others it might indirectly refer to a rank. On balance, it’s best to leave it in lower case in both instances for the sake of consistency.

5) What about family names?

Family names like ‘mom’, ‘dad’ and ‘cousin’ have their own particular rules. When they’re being used in place of a name or as part of someone’s name, capitalise them, like so:

“Aunt Margaret is coming by later.”

However, when they’re preceded by a possessive noun or possessive determiner, don’t capitalise them:

“David’s aunt is coming by later.”

Of course, if they don’t refer to a specific person, don’t capitalise them:

“I’ve always wondered what it would be like to be a dad.”

So, that’s the guide. Now it’s time to put your knowledge to the test…

There are five questions. For each question, select the version of the sentence that you think is correct. Once you’re finished, you can receive your score together with the correct answers. 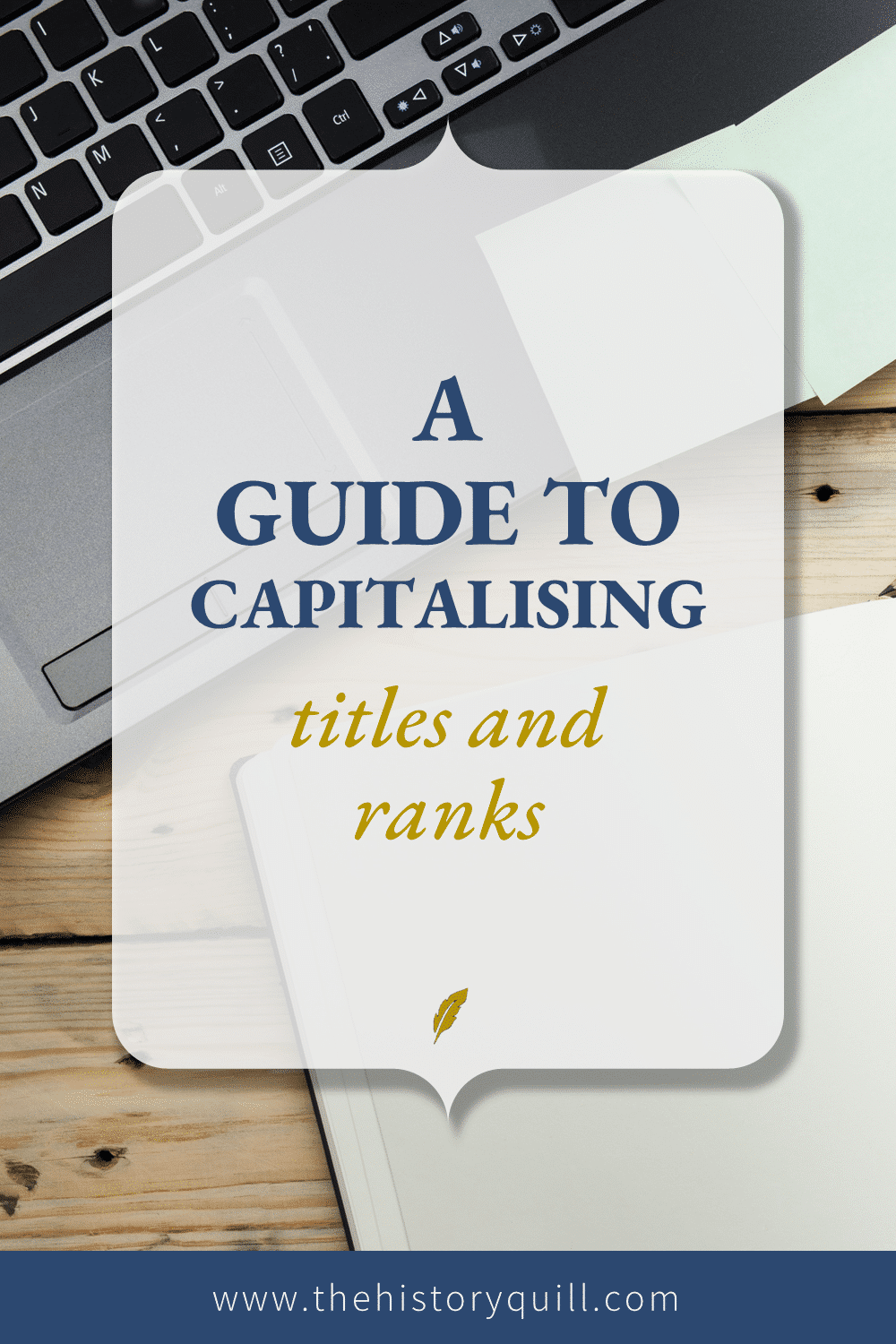 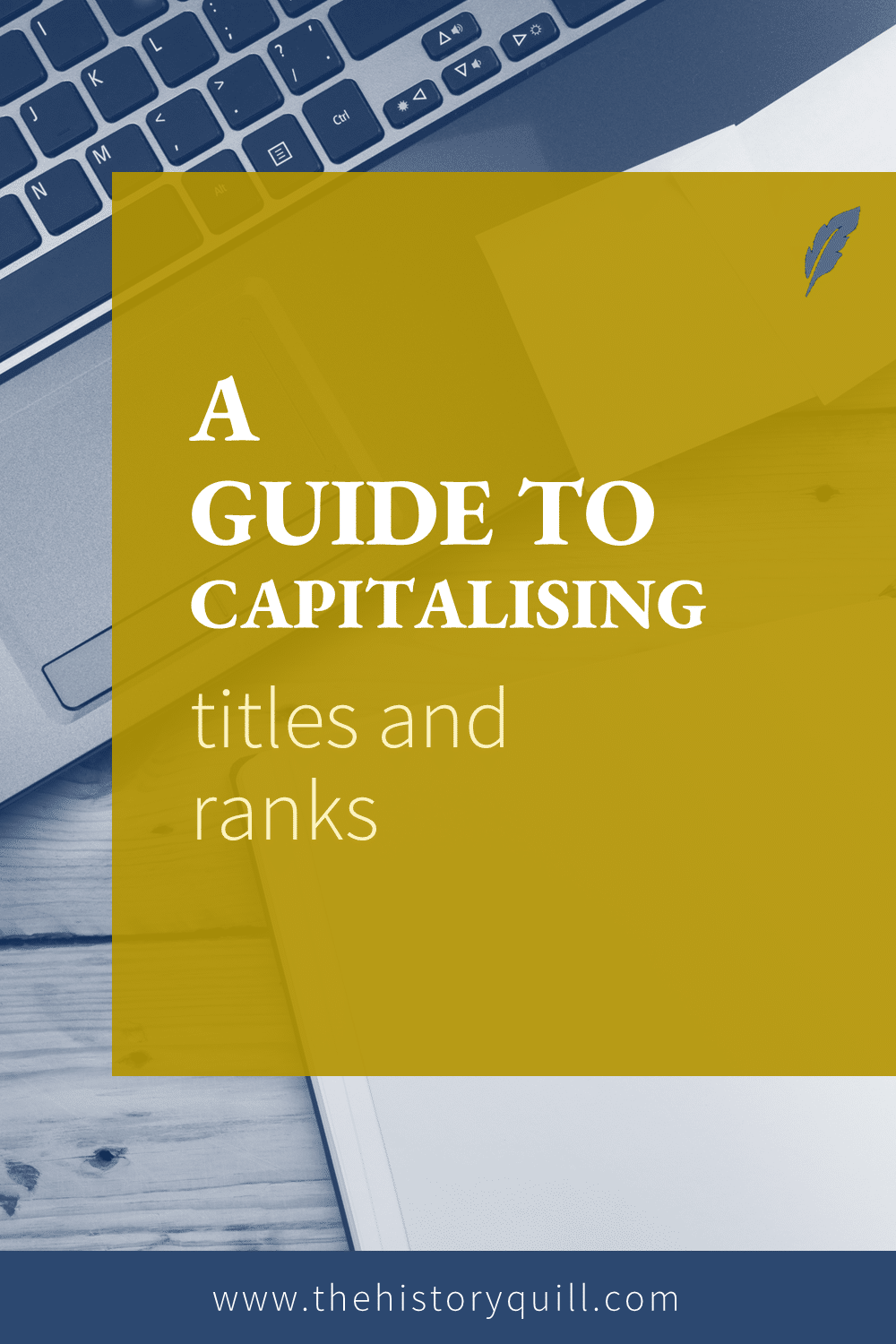